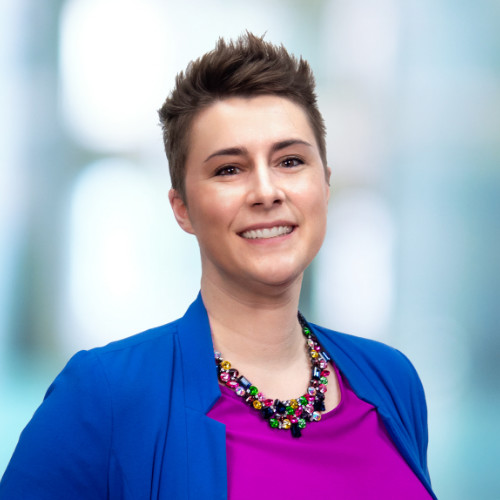 Ten years ago, there were virtually no employee-led parents groups inside workplaces. Today, there are hundreds of them. And many of them are having a significant impact within their organizations.

In 2013, Melissa Kepler was pregnant and standing in the hallway at her workplace, the National Geospatial-Intelligence Agency, asking another mom to help her understand all of the complicated details associated with having a child while working at a federal agency. Mel, who had had another child while working at the same agency only one year earlier, was still baffled by the process. When it became apparent that her friend was also struggling to make sense of it all, Mel decided to do something about it. She began bringing other parents together to share resources, create community, and engage in internal advocacy. In 2015, the group became official and was the first employee-led parents group inside a federal agency.

As Mel had discovered, parents working at her agency needed access to clear and consistent information. To solve for this need, she worked with others to create a ‘New Parents Compendium,’ which included all of the information anyone starting a family might need, such as when you could use sick leave vs. annual leave (since federal employees didn’t have access to paid parental leave until 2020). Mel and her group then vetted the guide through their Human Resources Department so it was current, comprehensive, and compliant. As Mel explained it to me, “that guide was a lifesaver!” Prior to having it, she said: “you never knew if something your friend did was an official policy, or something she’d just gotten away with because her supervisor didn’t know any better.” For instance, they were able to put in the guide that workers didn't need to deduct from their time cards the breaks they took to pump breast milk. Previously, very few moms knew about this policy. And it made a big difference for leave-starved new parents. The group also advocated for a drop-in nursing room that was accessible to all employees, including front-line workers like the cafeteria staff.

A few years later, when Mel was the chair of the parents group, she heard about a contractor who was 8 months into a high-risk pregnancy and didn't have a garage parking pass because she was part-time and the policy was that part-time contractors did not get garage passes. Her supervisor, naturally, asked for her to get a pass because it was August in DC and she was walking a quarter mile in the heat from the distant parking lot. Her supervisor was told "our policy is part-time contractors do not get garage passes." Mel said she and the rest of the parents group “raised a stink,” which not only got the mother her much-needed garage pass, but also led to the leadership talking to all of their staff about over-enforcing policies. As I spoke with Mel about the many other accomplishments of her group, I was struck by the grassroots quality of her organizing, and how effective it was at addressing the needs of all parents -- especially those who were the most vulnerable. Being grass-roots, as opposed to being led from the top-down, gave the group the ability to set their own priorities and made it easier for people to speak up about the challenges they were facing without fear of jeopardizing their jobs. Today, the group is over 1,000 members strong.

Read more about The Rise of Employee Activists here.